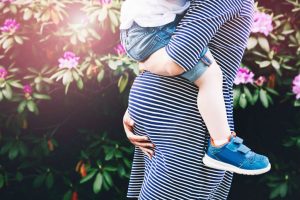 On average, an American woman in 1970 was 21.4 years old at the birth of her first child. By 2006 a woman’s average age at her first delivery had risen to 25. And by 2014 it had crept up further to just over 26. During that same period the percent of first births to women over 35 increased from 1 in 100 to 1 in 12! The average U.S. woman giving birth (any child) is now 30 (2019), compared with 27 in 1990. As women choose more and more frequently to postpone childbearing, many of them begin to wonder about their reproductive “biological clock.”  As women’s physicians, we are frequently asked to advise about when the likelihood of becoming pregnant and carrying a child to a healthy delivery shifts out of a woman’s favor. A woman considering the optimal time to have a child needs to be aware of the factors that affect fertility and how these may change over the course of her adult life.

Physicians generally define infertility as the inability to achieve a pregnancy after a year of unprotected intercourse.  Recurrent pregnancy loss—that is, two or more miscarriages—is different from infertility, although both conditions threaten the ability to achieve a healthy birth. The likelihood of both conditions increases with a woman’s age.

While medical science has certainly extended the biological clock, 45 is not the new 35. Women who consult their physicians about later childbearing options are seeking a realistic perspective. As a woman ages, she has fewer eggs. Pregnancy rates begin to decline in a woman’s early 30s and decline more rapidly after about 37. Even so, physicians are unable to define an exact age after which a woman cannot achieve healthy pregnancy. Rather, we try to help her understand the factors that affect her individual situation. These include:

A woman’s general health prior to pregnancy affects both the chances that she will conceive and the chances that she will carry her pregnancy to a healthy outcome. Smoking, moderate or heavy alcohol use, and being significantly overweight or underweight decrease fertility. Other medical conditions like hypertension (high blood pressure) or diabetes—both more common as a woman gets older—also affect her chances of a successful pregnancy. Your obstetrician will discuss your family history of chronic illnesses and your mother’s age at menopause. Heredity influences the age at which a woman no longer releases eggs and, as a result, stops having periods (menopause). Your partner’s general health also influences your chances of becoming pregnant. You may prolong your fertility by modifying the health risks that you control.

Finally, an older mom is more likely to experience complications during her pregnancy such as pregnancy-induced hypertension (high blood pressure), gestational diabetes (diabetes during pregnancy), and pre-eclampsia (high blood pressure with related problems). Most often we are able to manage these complications, but in some cases they may result in a premature delivery. Premature delivery occurs more frequently with older moms. Sometimes medical complications necessitate a premature delivery because the health of mother or baby is deteriorating. At your prenatal visits, we monitor you carefully for these conditions.

Women are not always in a position to choose to be pregnant at a time in their lives when fertility is highest and risk is lowest. With that in mind, we counsel our patients that age alone is not the deciding factor in whether to be pregnant later in life. We want to assist you to understand your individual risks and control those that you can. Since around 80% of women will conceive within a year of unprotected intercourse, most of our patients simply need reassurance about their ability to conceive. But for those attempting pregnancy at a later age, we will be more aggressive in recommending an infertility evaluation—even as early as six months after you begin trying to conceive.  For some women, assisted reproductive technologies (like in vitro fertilization) may extend their childbearing years. Unfortunately this technology remains expensive and its success rate also declines with maternal age.

As always, we are here to discuss your concerns and help you to find what is best for your situation.

Posts are intended for educational purposes only. These pages are not intended to provide medical advice or physician instruction, and it is not intended nor implied to be a substitute for professional medical advice. Always consult your physician prior to starting any new treatment or with any questions you may have regarding a medical condition.